Will You Go to a Nursing Home?

In a recent AARP study, nearly 75% of adults 45 and older said they strongly desire to stay in their current home as long as possible if they have a chronic illness or need long term care. Many baby boomers state that they would never cross the threshold of a traditional nursing home. But what happens if a spouse is not able to take care of you or you can no longer get around your home?

Many assisted living residences have replaced nursing homes to provide care to those who are chronically ill or have lost their mental capacity. But Increasing numbers of baby boomers will seek out new alternatives for independent living where care can be provided.

Alex Mawhinney , a developer of retirement communities for over 25 years, reports that “intentional elder neighborhoods are becoming the new paradigm for elder living.” He states that boomers will no longer be interested in “the older generation of elder living options that were available to our parents that follows this model:

There are SOTELs (service-oriented technically enhanced living—like an upscale Embassy Suites); ecovillages; senior cohousing; and the new lifestyle communities like those being developed by Canyon Ranch.These elder neighborhoods are taking many different forms.

The common traits of these new alternatives are that they are:

Dr. Bill Thomas, came up with an alternative that he describes as “Green Houses” in the 1990s, based on “a really radical idea: Let’s abolish the nursing home.”

Thomas, a geriatrician from upstate New York, had patients then who lived in nursing homes, and he realized “that the medicines I was prescribing were not treating the true source of suffering, which was loneliness.”

He also realized that traditional nursing homes were going to have to be replaced soon anyway. “Most of them were built in the 1960s and ’70s, and, you know, their time is done. So I got to asking the question: ‘What comes next?’”

What came next were the first Green House homes, which opened in Tupelo, Miss., in 2004. Now, with 148 Green House homes nationwide, there’s enough research to get an idea of how they’re working.

Each resident has their own private room. There are no strict schedules at Green House homes, so while many of the residents gather at the table for lunch, they can have their meals sent to their room. David Farrell, director of the Green House Project nationwide, explains that those private rooms aren’t a luxury — they’re safer than a traditional nursing home, where two or even three people might share a room and also share a bathroom with the two or three people in the room next door.

Research also shows that Green House residents maintain their independence longer than residents of traditional nursing homes, where hallways are long and schedules are tight. “So people really are kind of relegated to a wheelchair in order to efficiently move them around,” Farrell says, “and they quickly lose their ability to walk.”

This program of private rooms and personal service sounds like it could be much more expensive than the traditional nursing home, but Green House home costs have shown to be about the median for nursing homes nationally.

There are now about 150 more Green House homes in development, where residents will be able to enjoy the privacy of their own rooms or the company of the communal table. It’ll be their choice. 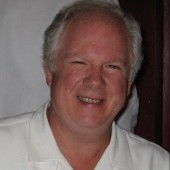